ByStella September 29, 2010 11Comments
As promised here is my review on Sleek hair’s Super weave bulk. This is Sleek hair’s “Wet and Wavy” bulk and it also comes in wefts. 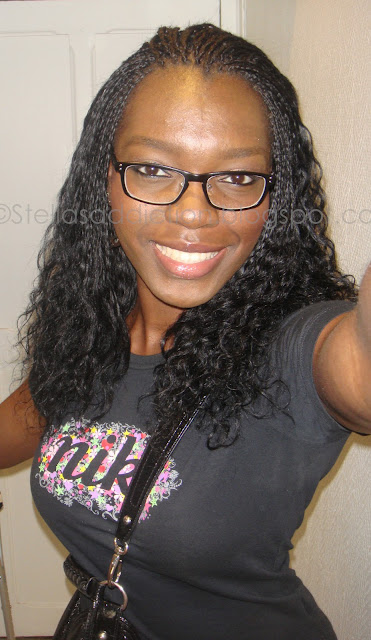 I got 2 packs of Super Weave bulk in 18″ color 1 (jet black) from the Sleek Studio in Lagos. I had it braided about 3-4 inches (to control the volume; because I have really full hair) and not tied at the ends (so it’s easy to take off). I used about 1 and 3/4 of the 2 packs.


Right out the pack, its slightly wavy and bulky. When sprayed with water it gets curly and stringy ; braids kind of stand alone (hope that makes sense). 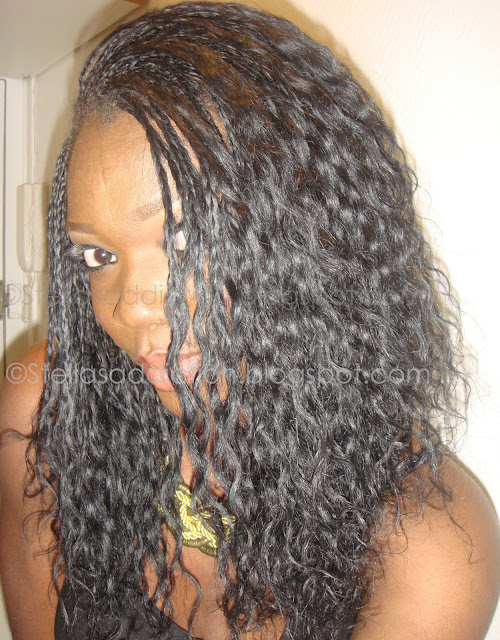 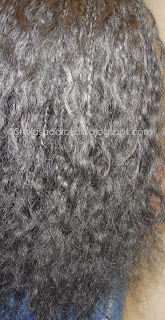 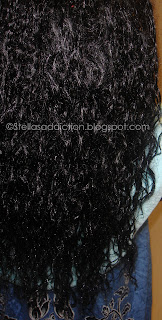 L-R: Brushed out, just after a wash and in soft curlers.

In an attempt to change it up a bit, after a wash I put the weave in soft curlers overnight. The result…
I washed and conditioned the hair with the Dove Damage Therapy daily moisture line . I also mixed the conditioner with water for a home made detangler.


Verdict:
The bulk was pulled and folded in half so it turned out shorter than than I expected for 18″. It also looses some of its “human hair feel” after a few weeks but using my detangler daily helps bring it back.
That said, I enjoyed this weave and got compliments up until the day I took it off. I will probably do it again and since it responds well to conditioning, I’m pretty sure you can reuse the extension too :-). I was really impressed with its performance during the wash; it got hard and stiff after shampooing but then got soft again when I conditioned it.

There you have it!
TTFN!